This article analyzes when is the best moment to book Ryanair tickets in order to get the cheapest fare.

For this study we processed the prices of around 1000 Ryanair flights during the period of April - October 2015. More than 3 million price observation were analyzed.

For each flight and each departure the cheapest possible price observation was found based on historical data. The following example shows the price evolution for Ryanair flight from London Stansted to Malaga which departed on the 20th of September 2015. 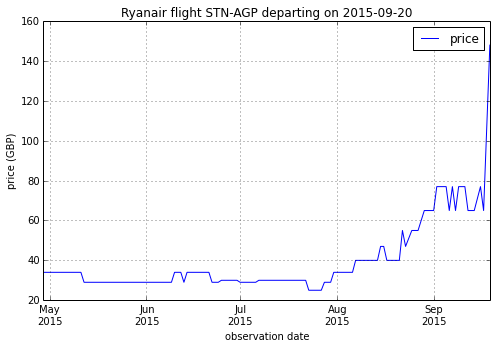 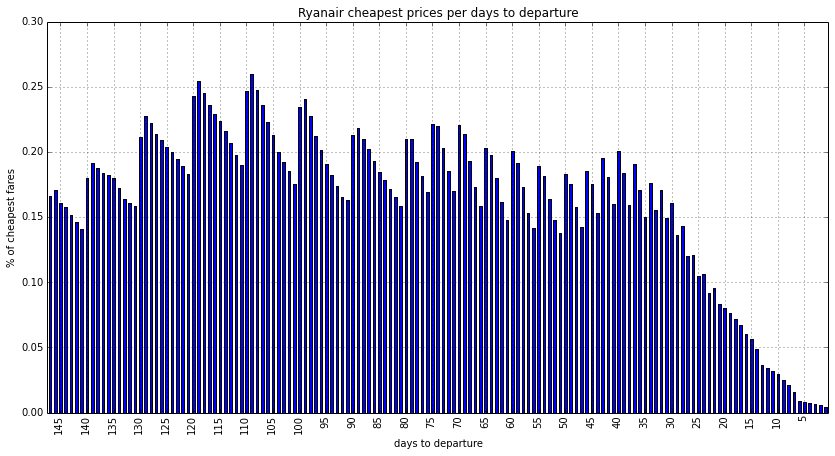 The same chart zoomed to a smaller interval highlights the trend: 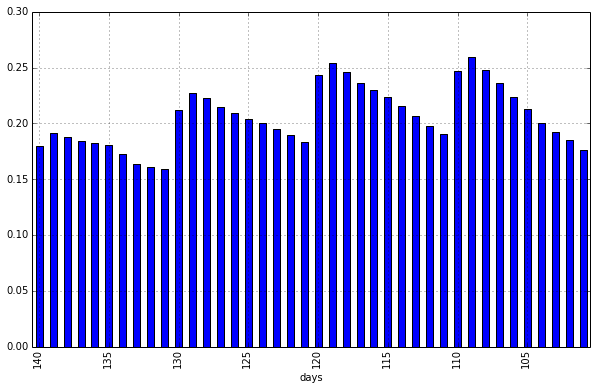 One can notice an interesting pattern - every few days the same stairs-like shape repeats. There is a day with the highest chances of finding the cheapest fare, following by decreasing chances in each following day. Then the same pattern repeats regularly.

The insights are presented in the following table.

In other words Ryanair cheapest fares are made available every 10, 5 or 3 days with the interval decreasing as the departure date approaches.

Also it can be observed that:

It can be explained by the fact that price decreases are made automatically if the demand for a given flight is lower than expected on that day. In the following days the price go up because travellers start buying those cheap tickets. As demand increases, the prices increase. In the following cycle, the same repeats.

Knowing this behaviour a pragmatic traveller can calculate how many days to departure is left and wait for another price drop cycle to get a better deal.

These factors are considered by AirHint price predictor algorithm which automatically calculates whether it is a good moment to book a given flight.